ALCOHOL | The Dose makes the Poison 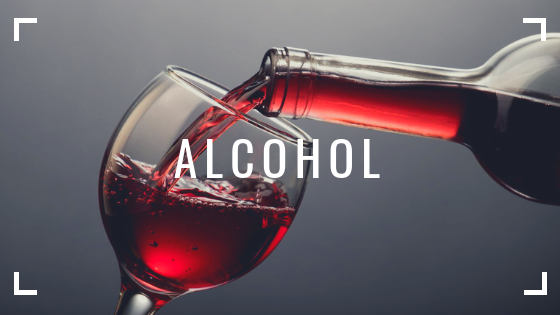 In September 2018, a major international study was published in The Lancet. The authors concluded that any amount of alcohol is harmful. ”We found that the risk of all-cause mortality, and of cancers specifically, rises with increasing levels of consumption, and the level of consumption that minimises health loss is zero”. Those of us who enjoy a glass of red wine a few times a week ”to help keep the heart healthy” were dismayed.

In April 2018, another published study showed the exact opposite, that there were clear harms to non-drinkers and that ”the risk of early death from drinking begins to rise at a level above 100g of alcohol per week (12.5 units)”. This paper, also published in The Lancet medical journal, concluded that five standard 175ml glasses of wine or five pints a week is the upper safe limit – about 100g of alcohol, or 12.5 units in total. More than that raises the risk of stroke, fatal aneurysm (a ruptured artery in the chest), heart failure and death. Note that the NHS recommends no more than 14 units of alcohol a week. That’s about a glass of wine a day.

So, which is it? To drink or not to drink?

How much is too much?

Before you fully embrace teetotalism, consider this. The press release of the latter study only showed the relative risk of developing an alcohol-related illness, such as diabetes.

Comparing zero drinks to one drink

The risk of developing one of the 23 alcohol-related health problems was 0.5% higher, i.e,

Comparing one drink to two drinks

This increase in risk is tiny. On this one, I concur with the current NHS recommendations. Drink sensibly.

There is no safe level of driving, but the government does not recommend that people avoid driving.

British social life is been entirely organised around alcohol. This isolates non-drinkers and subjects them to intense peer pressure. There is no doubt of the harms of excessive alcohol, but the vast majority of us enjoy the pleasure of a drink, to relax or help as a social lubricant. There is no significant harm in that, in my opinion.

Public health policy remains necessary because the harms of excessive alcohol intake cannot be underestimated. Punitive taxation does work, but is often met with resistance because those who drink sensibly are equally penalised. Nevertheless, several measures are in place to reduce the numbers who drink, such as