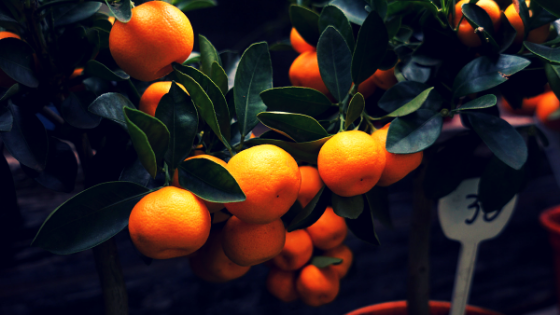 Vitamin C is the generic term for all compounds showing the biological activity of ascorbic acid. Like the B-vitamins, vitamin C is water soluble.

Humans, unlike many other animals, are unable to synthesise (make) ascorbic acid. It must, therefore, be obtained from the diet. Inadequate dietary intake results in scurvy, a potentially fatal disease. As little as 10 mg/day of vitamin C is sufficient to prevent overt scurvy. Current recommended daily allowance (RDA) is 40mg/day (NHS, UK). Special groups, such as smokers, require a little more.

Fruits and vegetables have traditionally been thought of as the principal sources of ascorbic acid. However, we know that domestic animals, including ruminants, can synthesise ascorbic acid in their liver. We can, therefore, derive all the ascorbic acid we need from animal-based foods (such as liver and muscle). But there’s a caveat.

Ascorbic Acid and Glucose – A Competition

Glucose and ascorbic acid are closely related and have similar chemical structures. They compete for glucose transporters in the cell membrane and are escorted into the cells by the action of the hormone insulin.

We now know that too much glucose not only inhibits the transport of vitamin C into cells, including phagocytic leukocytes, but it also inhibits the stimulation of other processes that are important for the immune system. This competition may explain why large doses of ascorbic acid are necessary to overcome inhibition by glucose.

The first line in host defence against pathogens is a rapid deployment of large numbers of phagocytic leukocytes – a type of white blood cell.

In light of this competition, it follows that the higher your dietary carbohydrate (glucose) intake, the higher your vitamin C requirements. The reverse must also be true. If you consume less glucose, you utilise vitamin C more efficiently and therefore require much less of it.

Recall that the recommended daily allowances (RDA) of micronutrients were developed on typical high carbohydrate, ‘Western’ diets. However, micronutrient needs appear to depend on the underlying glycaemic status. This is the caveat I mentioned earlier. The RDAs, therefore, are only applicable in the context of a high carbohydrate diet (primarily burning glucose for energy) and have little bearing to a low-carb/ketogenic diet (primarily burning fat for energy).

In this article, Amber O’Hearn M.Sc., a data scientist and researcher, postulates that vitamin C also be spared by molecules that take over one of its functions (such as the anti-oxidant glutathione) or by molecules that increase its effectiveness.

There have been hundreds of studies on the effects of ascorbic acid since the 1940s when it was first introduced as a therapeutic agent. Linus Pauling, Ph.D., a two-time recipient of the Nobel Prize was one of the most recognisable researchers involved. He recommended megadoses of vitamin C for a wide variety of ailments from the common cold to heart disease and cancer. Results were often inconclusive, with studies showing benefits being countered with studies that showed no benefit.

Scientific fact is established when the same experiment is carried out over and over again with the same results. This is the concept of reproducibility, and it is considered central to the integrity of science.

Although vitamin C supplements and orange juice remain very popular, much of mainstream medicine rejected Pauling’s work. One of his surmises on the lack of interest of the drug companies was that as ascorbic acid was a natural substance, it cannot be patented. In addition, it was inexpensive and readily available.

Perhaps more intriguing is the suggestion that the inhibitory effect by glucose on the actions of ascorbic acid could well explain the inconsistencies in benefit of vitamin C administration in many of these studies. This is because few if any, such studies controlled for dietary carbohydrates.

The hallmark of the metabolic syndrome is a resistance to insulin. This is the root cause and the common denominator that links all the diseases of modernity – heart disease, obesity, diabetes, fatty liver disease, Alzheimer’s disease, and some cancers.

Insulin resistance is now a global phenomenon. The tissues and cells are poorly responsive to the actions of insulin. This means that neither glucose nor ascorbic acid has access to the cells. A number of studies show positive correlations between vitamin C deficiency and hypertension or type 2 diabetes.

Type 2 diabetes is largely a dietary disease and is a manifestation of severe insulin resistance. We are acutely aware that the global incidence of diabetes is much higher than what is actually reported. This is because the standard diagnostic criteria pick up diabetes only when the blood glucose level is elevated. However, this disease develops over many years and blood glucose levels are often kept in check by sky-high levels of insulin until these compensatory mechanisms fail.

More work needs to be done to better understand these intriguing relationships. For now, we must remind ourselves of the largely unappreciated inhibitory action of glucose against ascorbic acid, and perhaps not worry too much about vitamin C intake when promoting low carbohydrate or ketogenic diets.