BREAKFAST – A Matter of Semantics 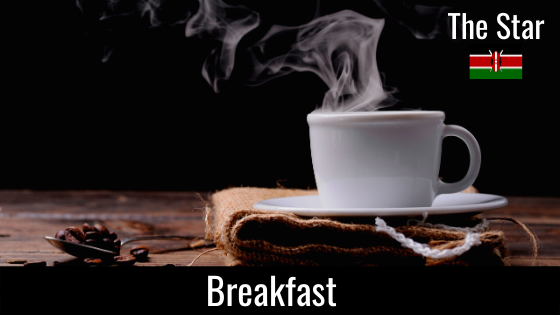 There is nothing about the word ‘Breakfast’ that necessitates you eating first thing in the morning.

We are told that breakfast is the most important meal of the day. That we should flood our bodies with energy as soon as we arise. That leaving the house on an empty stomach will send our blood sugar crashing down, leaving us physically weak and mentally vulnerable to overeating later.

This nonsense is one of many deeply ingrained fallacies that just won’t go away. Like the “8 glasses of water a day” or the “5 fruit and veg a day” dogmas that we pass down from generation to generation, unchallenged and unquestioned.

I have been called a contrarian and a conspiracy theorist. I believe these terms exist to shut down debates where debates are needed. I am interested in how science disrupts our strongly-held beliefs and how elegantly it illuminates the truth. Many convictions that we hold dear cannot withstand the prevailing wind of science and logic. The next fallacy that needs to be buried is this ‘necessity’ to eat first thing in the morning. So, grab your shovel and let’s start digging.

Before food preservation techniques and storage solutions were invented, our ancestors indulged themselves in times of plenty. And when food was not available, they would fast involuntarily, deriving most of their energy requirements from their stored fat. Stored energy negates the ‘need’ to eat every single day, let alone three times a day.

Historians tell us that a two-meal system remained in place throughout the Middle Ages. Interestingly, breakfast was considered sinful in medieval England – the sin of ‘eating too soon’, and as gluttony was considered a sin and a sign of weakness, men were often ashamed of eating breakfast.

Modern humans are getting fatter and sicker. Many indulge in a feasting extravaganza, eating from the crack of dawn until late into the night. We’re told to eat breakfast like a king, lunch like a prince and dinner like a pauper – in the belief that a heavy dinner contributes to weight gain. However, while the evidence linking obesity with an evening meal is interesting, there is not enough good-quality data to rely on this finding.

Our eating patterns are mainly structured around our societal activities, rather than being driven by a true hunger signal. Eating three times a day has become so habitual, that we start to feel hungry just before our bodies are expecting a meal.

Scientists have studied the hunger hormone, ghrelin. In one study, participants fasted for 33 hours. They discovered something fascinating.Ghrelin levels were lowest in the morning, meaning hunger was lowest first thing in the morning, despite a prolonged overnight fast. This means that hunger is not simply a consequence of not having eaten for a while.

It is not worth sacrificing your health at the altar of habitual hunger.

There were also three distinct peaks in ghrelin, corresponding to waves of subjective hunger around breakfast, lunch, and dinnertime. Most interesting of all, this hunger hormone did not continually increase. In fact, it gradually receded as the fasting period extended. Hormones, like ghrelin, are produced in pulsatile bursts. Hunger, therefore, comes in waves. We’ve all experienced feeling hungry but got too distracted to eat, only to discover that the hunger had simply disappeared.

Breakfast – The Low Down

The literal definition of breakfast is ‘breaking the fast’ of night-time slumber. Many of us admit to not feeling hungry in the morning, and a cup of coffee usually suffices. Many more feel nauseous at the idea or smell of a cooked meal in the morning. There is no evidence that going without breakfast does any harm. Besides, many of our breakfast choices are so awful and so carbohydrate-heavy, that we are rendered hungry and shaky within a couple of hours after eating, as our blood sugar crashes from a heightened state.

If you must eat in the morning, a protein and fat combination with a small amount of complex carbohydrates – such as scrambled eggs, avocado and a piece of arrowroot – is an example of an ideal breakfast. White bread spread with margarine and jam is not. If the latter meal rings true, you’re probably better off not eating any breakfast at all – and now the evidence tells us that you will neither keel over nor starve. In fact, you’ll have done your body a favour.

Listen to your body. It is not worth sacrificing your health at the altar of habitual hunger. And remember that if you eat breakfast at midday, it is, semantically speaking, still breakfast.

This article was published in print, and online by The Star, Kenya on 20th October 2019.