Weight Gain – It’s not about Calories 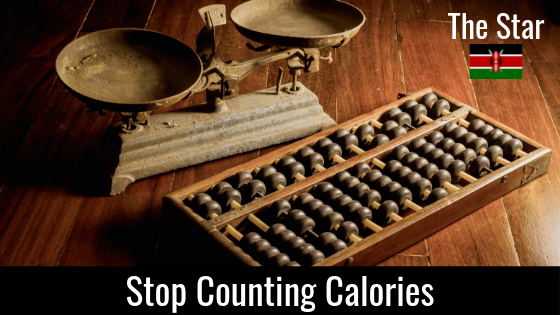 If everybody is on a calorie-controlled diet, why are we getting fatter? The ‘eat less and move more’ advice has been around for more than 40 years. Yet, we have never been fatter or sicker. This flawed advice is based on the calorie theory, and it doesn’t work. It never has.

Calories are units of energy. Calorific values are arrived at by burning food, in a lab, and measuring the heat produced. Fats contain more than double the calories in carbohydrates. This explains the (incorrect) ‘logic’ behind the low-fat, calorie-counting campaign.

A pound of fat (0.5kg) contains approximately 3500 calories. The calorie theory posits that if you burn off the same number of calories you put in, you will maintain your weight i.e. energy in = energy out, and that to lose weight, you must sustain a calorie deficit. In other words, if you cut back 500 calories a day, or burn an extra 500 calories a day, you will lose 1 pound of fat per week. This is why dieters count calories in food and wear calorimeters in the gym.

Allow me to submit to you why I believe these ideas not only incorrect, but highly simplistic.

We are frequently advised to lower our calorie intake by nutritionists and fitness experts. What they fail to understand is that eating less and moving more are not independent variables. If you eat less, you will want to move less. If you move more, you will want to eat more. They are not mutually exclusive.

Eating less and moving more are not independent variables.

What we eat and how much we exercise is only part of a bigger picture. Caloric expenditure is largely determined by your metabolism (Basal Metabolic Rate), which you have little control over. Your BMR is the energy that your body will naturally burn at rest. Cutting calories will eventually slow down your metabolism, which means that you will burn fewer calories at rest. Those who eat less often describe feelings of constant hunger, lethargy, low mood and an inability to keep warm. Weight loss will indeed happen, but only until your body settles at a new, lower metabolism. Then the weight loss stalls.

Consider this scenario. Samuel wants to lose weight. He weighs 120 kg. He cuts back 500 calories from his diet, creating a deficit of 500 calories a day. The expectation is that he will lose half a kilogram of weight each week. Or 26 kg in a year. But this never happens, not even in controlled experiments. People do lose weight initially, but this is never sustained. Not because they fall of the wagon and resume their previous diets, but because of a survival mechanism called adaptation, which has shaped our metabolisms over millions of years.

If you reduce your caloric intake you will, at some point, stop losing weight in spite of your continued efforts. You will not and cannot live in a perpetual state of energy deficit, because this would certainly kill you. Your body is hard-wired for survival and it will fight back and frustrate you at every turn. If your body needs 2000 calories a day just to stay alive, it can allow a 500-calorie deficit for a short while. After this, around the 6-month mark, it will adjust your metabolism to 1500 calories, resulting in a zero-calorie deficit. If this did not happen, Samuel would weigh 16kg in 4 years, and I think we can all agree that he’d be dead long before this.

A calorie is only physically a calorie until it enters the human body. It is then, biologically, no longer just a calorie. Digestion alone is an energy (calorie) intensive process. In addition, the body handles calories from carbohydrates, protein, and fats very differently. Weight gain is a hormonal imbalance, not a caloric imbalance. Hormones control everything from appetite and satiety, to weight gain and weight loss. And some foods that we choose to eat can have a detrimental impact on the said hormones. Foods such as sugar and refined starches.

It is biology, rather than physics, that will help us understand the human body. The sooner we understand this and universally abandon the failed calorie theory, the sooner we can start making a dent to our current obesity crisis.

The calorie theory is both intellectually lazy and non-predictive; expectation and reality do not meet. This is why I never subscribe to eating less, only to eating better.

This piece was published in The Star, Kenya, in print and online on 19th August 2019.