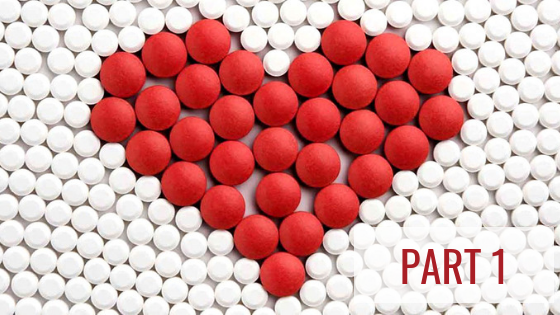 Part 1 of this 4 part series describes the origin of the war on cholesterol, and why your cholesterol number is largely irrelevant.

Although the rates of heart disease have gone down in the last several decades, it remains the biggest cause of illness and death worldwide. The downward trend has largely been due to reductions in smoking, and improvements in the management of acute heart conditions, such as heart attacks and heart failure.

However, the global effort to curb the pandemic of heart disease using diet and drugs has failed.

Cardiology, as a specialty, has enjoyed remarkable technological advancements in the last few decades. However, it remains a drug and procedural focused specialty. This is where cardiology falls short because disease prevention does not work quite so well, with this healthcare model.

In order to win this war, we must first understand the enemy.

What does it mean to be heart healthy?  How is optimal heart health defined? Is it determined by a risk calculator, a ‘normal’ cholesterol level, an analysis of one’s lifestyle? The answer may continue to elude us, but one thing is clear. In order to win this war, we must first identify and understand the enemy.

When it comes to heart disease, the villain seems to have been ‘identified’ – Cholesterol. It has now become a ritual to have one’s cholesterol level checked on a regular basis. Thanks to a perfect storm of bad science, compromised researchers and relentless advertising, your cholesterol level has now become the ‘perfect’ surrogate marker of your future health. The excessive focus on cholesterol numbers as the ‘holy grail’ of heart health is deeply entrenched in medical circles. We were told that ‘fat is bad’ and that ‘fat makes you fat’. It made sense. It was an easy sell.

We have been advised, for over 50 years, to fear natural saturated fat and cholesterol – despite the scientists knowing, decades ago, that the cholesterol in our food does not affect the cholesterol in our blood. We cannot easily get over our fear of fat because we’ve avoided it for decades. The problem with this is that we are now in a position where the presence or absence of evidence, to a large extent, makes no difference to a deeply ingrained way of thinking. The 50-year obsession with, and fear of, dietary saturated fat and cholesterol is already deeply entrenched.

Cholesterol, as a barometer of heart health, is an awfully convenient tool. It supports the ‘fat is bad’ dogma. It’s easy to test. It’s even easier to ‘treat’ – with a pill, that one must take for the rest of their life. It is also easy to monitor. Millions are started on statins (cholesterol-lowering pills) every day. These drugs are a cash cow for the pharmaceutical industries. Study after study is published ‘validating’ the utility of these wonder drugs. As profits soar, so does the statinated population. ‘Safe’ cholesterol target readings have also been steadily dropping over the years – thereby creating millions of more potential customers.

I will now attempt to build a picture of what I believe are the real determinants of heart health, and what is not.

Atherosclerosis – “furring of the arteries” is a cardiovascular disease (CVD) in which lipids, blood clots, and inflammatory cells accumulate in plaques within the walls of blood vessels – in an attempt to repair an injury to the blood vessel wall. As a result, vessel walls are narrowed, impeding blood flow and oxygen delivery, and causing tissue injury. Heart disease occurs because the coronary arteries supplying the heart are a major site where these plaques form.

Heart disease is now understood to be an inflammatory process, resulting from an injury to the wall of the blood vessel. It, therefore, stands to reason, that the appropriate questions to ask, are:

Age (older) and gender (males) are the most powerful risk factors for heart disease. This well-recognised observation remains a curiosity. As we get older, the risk of heart disease increases, even in the absence of other conventional risk factors, such as high blood pressure, diabetes or smoking. Accumulated mitochondrial damage has been proposed as a possible mechanism. Female hormones were once believed to be protective, but this has since been debunked. Perhaps the monthly iron loss, with menstruation, is protective. Truth is, we don’t really know why advancing age and gender are risk factors. Other less well-recognised risk factors are inflammatory diseases such as rheumatoid arthritis and SLE. Bacterial infections also seem to be important in the development of heart disease.

Following this, an assessment of waist circumference, blood pressure, glycaemic status (blood sugar) and baseline insulin levels is important. We now understand that by the time blood glucose levels are abnormally high, the insulin levels have been out of control for many years. Testing insulin levels gives clinicians a ‘head-start’ in diagnosing diabetes. Diabetes remains the number one modifiable risk factor in the development of heart disease. 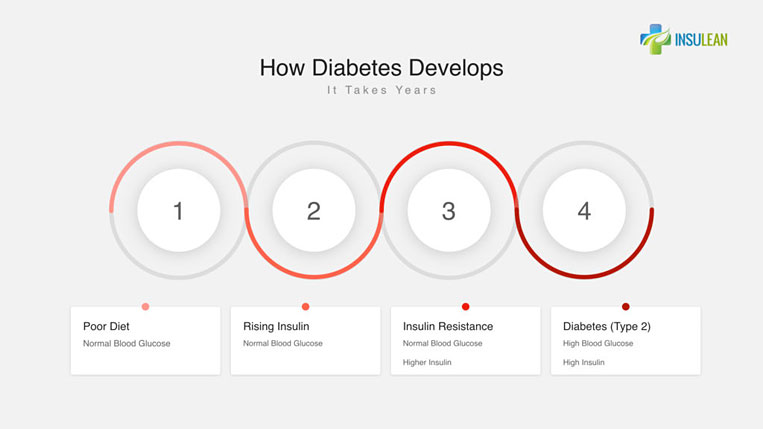 Your Cholesterol is High? Says Who?

Familial Hypercholesterolemia (FH) is a genetic condition that impairs the body’s ability to remove low-density lipoproteins (LDL) from the bloodstream. This results in sustained high levels of LDL. What is interesting, is that not all these people develop CVD. There are other polymorphisms (genetic variations) even within this cohort, such as problems with blood clotting. Studies demonstrate that those with FH that develop cardiovascular disease (CVD), are those that have abnormal blood clotting factors. It is the abnormality in the clotting factors that increase their risk of developing heart disease, not the high cholesterol.

The French have the highest consumption of animal fat in Europe and the lowest rate of heart disease. The ‘French Paradox’ is the catchphrase that summarises this ‘paradoxical’ observation. They cook with lashings of butter, lard, goose fat, and double cream while enjoying fatty cuts of meat.

But how can this be? Is the garlic protective? Or perhaps the red wine? What of the Ukrainians who currently have the lowest saturated fat intake in Europe, yet the highest rate of heart disease. Is this too a Ukrainian Paradox? The nutrition police repeatedly tell us that saturated fat is dangerous because it raises blood cholesterol, which can lead to heart disease. They produce a litany of ‘evidence’ to support this story.

When it comes to the French, this inconvenient, yet reproducible observation is often ascribed to the Black Swan theory. This describes an event that comes as a surprise, has a major effect, and is often inappropriately rationalised after the fact, with the benefit of hindsight.

Multiple good quality studies have found that animal fat (mainly saturated fat) did indeed raise cholesterol. However, they also found that those who ate animal fat had a low risk of heart disease.

Could it be that the French Paradox is not so much a paradox as it is a contradiction?

Could the French Paradox actually reflect the fact that saturated fat is not only good for us but protects us from heart disease?

I know what I think. What do you think?

In Part 2 of this series on heart health, I describe the clinical consequences of focusing obsessively on LDL, and why the current dietary guidelines are not fit for purpose.