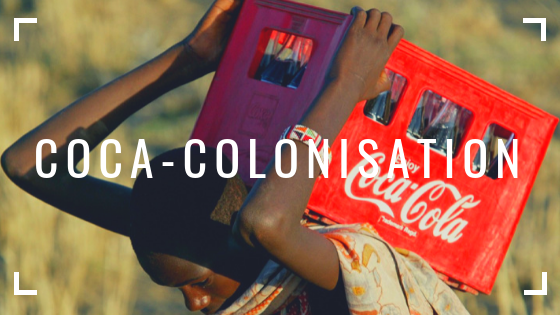 There is no escaping the tentacles of the Coca-Cola brand. In the most remote parts of Kenya, you might not be able to get abundant, safe drinking water, but you can always get a soda – at prices even the poor can afford.

Branded refrigerators, tables, and chairs are as ubiquitous as the kiosks, cafes, and local hotels that are painted with Coca-Cola’s corporate colours and logos.

A can of classic cola contains 7 teaspoons of sugar. Sugar is composed of two molecules, glucose, and fructose. This glucose-fructose duo is particularly problematic. The glucose will raise blood glucose levels and stimulate insulin release from the pancreas. Insulin resistance develops if insulin levels remain persistently elevated. The fructose has little impact on blood glucose. It is transported directly to the liver – the only organ that can metabolise it – which converts any excess fructose into fat. Unchecked, this progresses over time, resulting in insulin resistance and inflammation in the liver. Blood glucose levels start to rise because the liver no longer responds to insulin. It is at this stage that type 2 diabetes is diagnosed – many years later.

Coca-Cola’s brand value is worth almost as much as Kenya’s GDP.

Sugar-sweetened beverages (SSBs) are now the primary source of added sugars in the U.S diet. Several studies have demonstrated a strong association between higher consumption of SSBs and the development of the metabolic syndrome and type 2 diabetes.

We know that Coca-Cola’s brand value is worth almost as much as Kenya’s GDP. We also know that having recently acquired the Dasani and Keringet bottled water brands, Coca-Cola now holds the largest market share for soft drinks and bottled water.

What happens when a corporate body flexes bigger financial muscles than entire African countries? What will happen if/when they start to control our water supply?