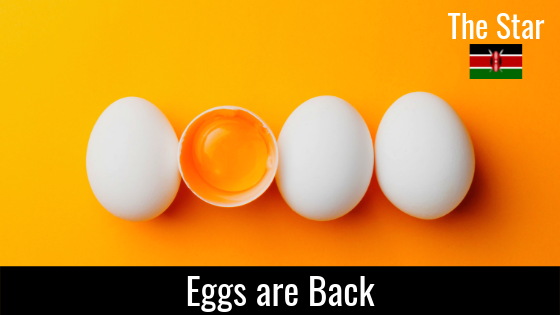 If you have been avoiding eggs because they contain “too much” cholesterol, which you believe could lead to a heart attack, I have some great news. Eggs are back on the menu.

Eggs have recently been whitelisted by most world and country-specific health organisations. There is now no recommended limit on how many eggs one should eat. Eggs are a low-cost nutrition powerhouse, packed with healthy fats, good quality protein, and many essential micronutrients. How did eggs, one of the most nutritious foods on earth become so vilified?

Having failed to find such a connection, he turned his attention to saturated fat. He hypothesised that dietary saturated fat raised cholesterol levels, which in turn leads to heart disease. His, and other studies convened in those years helped sculpt our common beliefs about fat.

This means that we have known for over 40 years that cholesterol is not a nutrient of concern. This begs the question – who was responsible for suppressing this information?

We know that animal fat (mainly saturated fat) does indeed raise cholesterol. However, we also know that those who eat the most cholesterol and animal fat have the lowest risk of heart disease, such as the French. This is what is commonly referred to as the ‘French Paradox’.

In science, when observations do not fit your hypothesis, it is the hypothesis that needs to change. Not the facts.

Nonetheless, Key’s studies led to the dietary guidelines that shaped the diets of hundreds of millions of people. Governments abruptly placed eggs, butter, whole milk, and other cholesterol-containing foods on the restricted list. We were told to eat less cholesterol, less fat, more grain and starches, and fewer calories. To compensate for the lack of taste, sugar replaced fat and an entire low-fat industry was born. The rest is history.

A large egg contains around 185mg of cholesterol. An average adult makes about 1000mg of cholesterol per day – more if you are pregnant, under stress or recovering from surgery. Eating one egg a day barely makes a dent to your blood cholesterol level. Neither does eating 10 eggs a day. The higher your dietary cholesterol, the less cholesterol your liver produces. This is called homeostasis, and it’s the way the body maintains a perfect balance to keep us alive.

The amount of cholesterol we have in our blood depends on how much is needed, not how much we consume.

Importantly, cholesterol is used as a raw material for the healing process when an injury is detected by the body. This is why cholesterol, calcium and several other molecules are found in scar tissue –  including an injured artery. When cholesterol was observed within the plaque that blocks arteries, it was assumed to be responsible for causing heart disease. This is as ignorant as blaming the fireman for causing a fire. It is there to help. To repair. It did not cause the injury in the first place. We’ve confused effect with cause.

Now go ahead and enjoy the nutrition powerhouse that is the humble egg, free of worry or guilt about how much cholesterol it may contain. Preferably choose pasture-raised organic eggs, from chickens that are allowed to forage freely, as nature designed. This will ensure the highest nutrition density that your body deserves.

This article was published online and in print, in The Star Kenya, on 5th August 2019.