JUICING | Not So Innocent 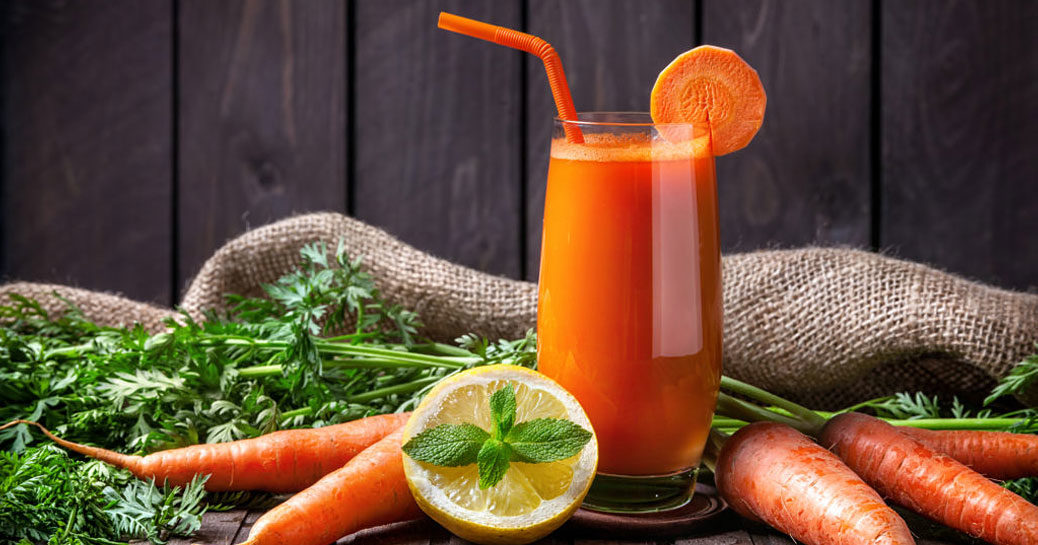 Juicing is huge. A quick Amazon search reveals more than 4000 books purporting the health and weight loss benefits of DIY juicing. Close on their heels are the manufacturers of the juicing appliances, who have designed hundreds of these squeezing machines that promise to deliver every last drop of ‘goodness’.

This worrying trend seems to be gaining momentum, riding on the back of the ‘clean eating’ movement. Is this just another fad? In short, YES. Does it matter? YES, because it could actually be making people sicker and fatter.

The 5-a-day recommendation is not evidence based and will not stop cancer.

A study (EPIC) published in April 2010, in the Journal of the National Cancer Institute, did not support this hypothesis. This review, of just under half a million people, found that eating five portions of fruit and vegetables a day had very little effect on cancer risk.

Professor Tim Key, the principal investigator of the Oxford arm of the EPIC Study, whose main interest is investigating the role of diet and cancer said ”so far, the data does not prove that eating increased amounts of fruit and vegetables offers much protection against cancer”…….and that  ”there’s strong evidence to show that, after smoking, being overweight and alcohol are two of the biggest cancer risks”.

His review, published in the British Journal of Cancer in November 2010, looked at a decade of evidence on the links between fruit and vegetables and the development of cancer. It concluded that the evidence is still not convincing. In other words, 5-a-day will not stop cancer.

It is worth noting that fruit and vegetables are not nutritionally equal. The ‘5-a-Day’ recommendation suggests they are. Vegetables, particularly the dark green or purple varieties are nutritionally superior, providing good concentrations of vitamins, minerals, and insoluble fibre. Fruit, on the other hand, is packed with fruit sugar, also known as Fructose, which is a uniquely fattening sugar, if consumed in excess. I discuss the different types of carbohydrates in my blog ‘Cereal | Dessert for Breakfast?’.

There is this assumption that fruit sugar is somehow ‘healthier’ than, say, table sugar. Admittedly, unlike table sugar which has no nutritional value whatsoever, fruits do contain a limited number of vitamins and minerals – yes, limited. We tend to overestimate the nutrition benefit of most fruits. As an example, we mainly think of fruit as being high in Vitamin C. 100g of broccoli contains approximately 90mg of Vitamin C, whereas 100g of apples contains only 5mg of vitamin C.

The vitamin C content of broccoli is 18 times that of an apple.

Eating more green, leafy or cruciferous vegetables will provide you with many of the vitamins and minerals you would get from fruits –with little to no sugar.

The Toxicity lies in the Processing

Fruits are nature’s candy. A sweet natural treat, cleverly packaged with fibre, which slows the absorption of the fruit sugars, resulting in smaller spikes of Insulin, the fat storing hormone. The juicing process squeezes out most of the moisture, leaving behind the seeds, skin, and membranes – where most of the fibre and nutrients exist. This results in a concentrated sugary solution, devoid of many nutrients and the protective effect of the fibre. The same applies when juicing vegetables.

This glass of juice is then consumed in minutes, bypassing the chewing that starts the digestion process. Devoid of fibre, the juice quickly exits the stomach into the small intestine. Here the sugar is rapidly absorbed, spiking your insulin levels. Insulin’s job is to remove this sugar from the bloodstream. It’s effect peaks in a matter of minutes, sending your blood sugar crashing down again, leaving you with that familiar feeling of fatigue and loss of concentration – the sugar crash.

This is why liquid calories are particularly problematic. It is too easy to consume an enormous amount of sugar in one go, without your brain having had a chance to register that you are full. The predictable sugar crash will leave you reaching out for more food pretty soon. 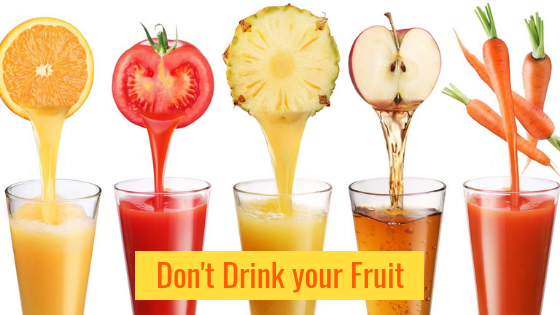 Approximately 4 large carrots are required to make a 250ml glass of carrot juice. Most of us would struggle to consume that many carrots in the minute or two it takes to consume the juice. We would remain fuller for longer and due to the fibre content, the insulin response would be limited. Don’t drink your fruit. Eat it.

Fructose is a monosaccharide, like glucose. It is many times sweeter than glucose. Table sugar (Sucrose) consists of one molecule of glucose and one of fructose. The balance of glucose and fructose is different in all fruits. All digestible carbohydrates are broken down by the digestive system into simple sugars like glucose and fructose, before absorption. Your body does not handle fructose from fruit any differently to fructose from table sugar. As juicing increases the concentration of sugars significantly, drinking a glass of juice is as unnatural to the body as drinking a can of Cola sweetened with sugar or high-fructose corn syrup.

Glucose can be metabolised by many organs in the body, but fructose can only be metabolised in the liver. Fructose has often been compared to alcohol. The liver can handle a small amount of each perfectly well. The problems start when these are consumed in excess. For fructose, it’s in the processing.

DIY juicing may not involve pasteurisation and vacuum packing to maintain shelf-life, but it is still processing.

Juicing is processing. It is changing a natural product into an unnatural one, in the assumption that the body will handle it the same way. This could not be further from the truth.

The glucose in the fruit will raise blood glucose levels and stimulate insulin release from the pancreas. Some will be stored in the liver and muscle, and the excess converted to triglycerides (a type of fat) and stored as fat, within and around organs and muscle. The fructose in the fruit has little impact on blood glucose levels. It is transported directly to the liver – the only organ that can metabolise it – which converts any excess fructose into fat. Unchecked, this progresses over time, resulting in insulin resistance and inflammation in the liver. Blood glucose levels start to rise because the liver no longer responds to insulin. This is the beginning of diabetes. The high blood glucose forces the pancreas to release more insulin, in an attempt to overcome the insulin resistance. This only amplifies the problem, by leading to weight gain around the belly and more insulin resistance.

Insulin decides what your body does with the incoming energy.

This is why any glucose-fructose combination is uniquely fattening – if consumed in excess, over a period of time.  An occasional whole fruit is unlikely to do much harm, but if you regularly juice and drink a large bowl of fruits, you are overloading your body with huge amounts of glucose and fructose, that will be turned to fat. All excess sugars are turned into fat, regardless of their origin. This is the role of the hormone insulin.

The evidence implicating fructose as a major player in causing metabolic syndrome is rising. Dr. Robert Lustig’s book ‘Fat Chance’ describes the similarities between fructose and alcohol, with regards to liver metabolism and effects on health. Alcohol causes alcoholic fatty liver disease. Fructose causes non-alcoholic fatty liver disease. Both increase your visceral fat and likelihood of developing metabolic diseases. There could also be a link between fructose and a ‘leaky gut’, Alzheimer’s Disease and accelerated cellular aging.

Juicing fruits, in particular, leads to an overconsumption of fructose. Fructose is really not the ‘safe’ sugar you may think it is. In excess, fructose is uniquely dangerous and uniquely fattening. If you are already overweight and considering juicing, fruit – in all its forms, should not feature in your diet. This includes dried fruit, fruit juice or large bowls of fruit salad for breakfast.

Remember, it is still ‘seen’ as sugar by your body, it will still spike your insulin levels and over time, lead to insulin resistance, which will make you fatter and sicker. You can now imagine my shock when I discovered that fruit juice is considered one of your ‘5 a day’. This is from NHS Live Well. A 150ml glass of unsweetened 100% fruit/vegetable juice or smoothie combined counts as one of your 5 A Day. In my opinion, there is enough sugar in that juice to classify it as a dessert. 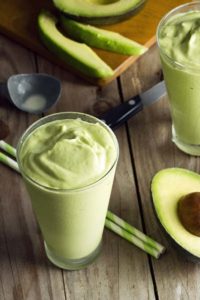 Smoothies include the whole fruit, pulverised. This maintains the fibre, but the quantities of fruit involved could still deliver a huge amount of unnecessary sugar. While preferable to juicing, I still advise on eating the whole fruit.

If you really want a smoothie, add more vegetables than fruit, choose berries in season and add half an avocado, which is full of good fats and protein.

Not so innocent, is it?