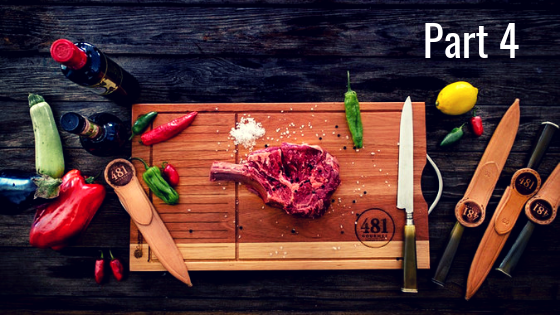 In this final part of this series, I summarise why the vegan diet is an inferior way of eating. I also briefly weigh in on the other arguments against eating meat.

There are many vegans who profess optimal health and vitality. I acknowledge that a carefully designed vegan diet is incomparably better than the current ‘standard western diet’. There is no doubt that an ultra-highly processed diet, packed with sugar, refined flour, and industrial seed oils, makes people sick and fat, regardless of whether they are vegans, vegetarians, or meat eaters.

There is also no doubt that a non-supplemented vegan diet is inferior, nutritionally, to an omnivorous diet. A diet which necessitates supplementation with vitamins A, D, K, B12, omega 3 and iron, is neither natural nor advisable. I respectfully refuse, therefore, to accept the vegan nutrition argument. Animal-based foods are nutritionally superior, easily digested and remarkably bio-available.

An ideal diet goes beyond macro-nutrient sources and proportions. Macronutrients consist of the three food groups that we eat – carbohydrates, protein, and fat.

A balanced diet is not synonymous with balanced nutrition.

We know that there are essential fats and essential proteins, but no such thing as essential carbohydrates. In this article on ketogenic diets, I highlight that while the brain needs some glucose to function, it does not require us to eat glucose (carbohydrates) to function. We must focus on how we can efficiently nourish our bodies with nutrient-dense foods. Micronutrients (vitamins and minerals) are just as important as macronutrients.

Plant and animal foods have different concentrations of these micronutrients and this is why they should be viewed as complementing, rather than competing sources of nutrition.

As an example, plant foods are superior in their vitamin C and E content, as well as fiber, which could be important for the health of the gut microbiome.

Having settled the nutrition argument against veganism as thoroughly as I could, here is my abridged take on the other vegan arguments. This is my opinion, based on my current understanding of the facts available.

Like all other animals, our bodies decompose and replenish the soil after we die. The nutrients we leave behind, nitrogen, calcium, phosphorous and potassium breath new life into the soil. The manure and carcasses of animals are the natural nutrition that helps plants grow. It is, quite simply, the circle of life. Expanding plant-based agriculture would (and has) displace a multitude of species that once inhabited that land. What becomes of them outwith their natural habitat?

Animals have been hunted and subsequently domesticated for thousands of years to provide food for humans. As discussed earlier, I do not believe we would be as large-brained or as intelligent, had this not happened. We are who and where we are because we evolved a smaller, more efficient digestive tract. We are hunters. Our meat-eating ancestry is, I’m afraid, an inescapable fact.

There is no doubt whatsoever that large-scale factory animal farming is an abhorrent practice. In the US, only 4% of beef is grass-fed. Ruminants and poultry are well adapted to graze in pastures and forage for food. Agribusiness is heavily subsidised to overproduce soya and grains, which is then fed to these animals. That is the main issue.

Intensive mono-cropping to feed these animals is done without regard to nutrition or quality. Pesticides and artificial fertilisers have to be employed to avoid disease and optimise yield.

As discussed earlier, cows are ruminants that mainly eat grass. Their bodies are exquisitely adapted to process and release the solar energy contained within this vast resource. They are not adapted to eat corn, but grains fatten up the cows much faster – an obvious bonus to the factory farmer. CAFOs (concentrated animal feeding operations) are large scale industrial facilities whose main goal is to mass produce meat for the lowest possible cost, which means that cows are ready for slaughter in the least amount of time.

Antibiotics not only promote fast growth, but they fight diseases that spread rampantly in CAFOs; such as rumenitis (inflammation of the stomach) which occurs when too much acid accumulates in the rumen as a result of a high-grain diet. We need to be mindful that when eating meat, we’re also consuming the remnants of everything that animal has eaten (food, medications, chemicals, etc).

Cows and other livestock should be raised in pastures, consuming the grass that they are designed to eat. The meat they provide would be highly nutritious, and the topsoil protected and nourished. This is preferable to feeding the world via grain-centric agriculture, but I admit that it’s an ideal that currently, cannot sustain the world’s expanding population.

An Expanding Population – Too Many to Feed

The stark reality is that there is no sustainable way to feed the current population – projected to reach 9 billion by 2050. Our agricultural practices have destroyed our pastures and depleted the oceans. Learning how to manipulate our environment has resulted in the expansion of the human population. There are now too many of us and too many people to feed.

We’ve become victims of our own brilliance.

Other than utilising biotechnology to ‘create’ food, I cannot think of another way of feeding the world that does not result in the mistreatment of one living thing or another. As we are still in the early stages of biotechnology, lab-grown beef will not be affordable for, or accessible to, the average person – and that is before you succeed in convincing the populous of its safety and utility. 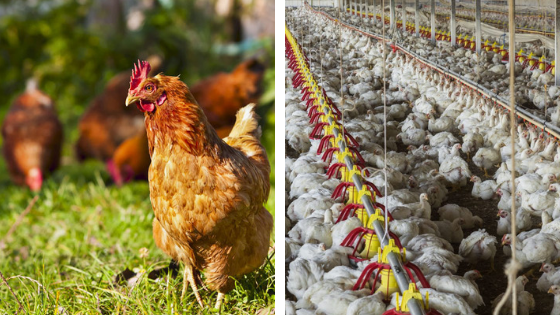 In the meantime, we could do nothing, or we could vigorously oppose the subsidisation of environmental destruction by industrial agriculture. We could decide to only buy pasture-raised animal-based foods – a financial sacrifice that’s painfully difficult in practice. There are, after all, many farms that raise animals with care and slaughter them with dignity. We should also consider the shameful amount of food waste, and perhaps not eat nearly as much, or as often, as we currently do.

You may wonder why I have not discussed the alleged impact of meat production on the climate. For this, I’ll let you hear it from someone with a bit more authority on the subject than me.