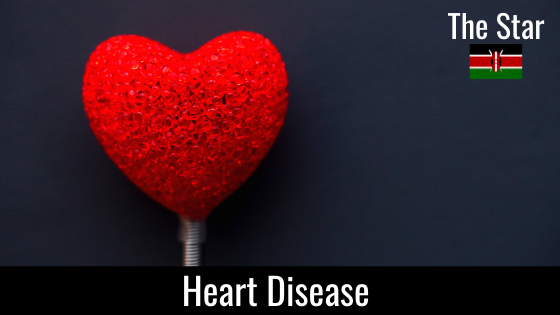 There is a fundamental assumption that dietary cholesterol is the cause of heart disease. Millions of Kenyans have abandoned red meat and eggs in the belief that such actions are protective.

Have we paused to interrogate this position? Do we wonder why these ancient foods are being blamed for a modern disease? Is optimal heart health really defined by a ‘normal’ cholesterol level?

When it comes to heart disease, the villain seems to have been identified – Cholesterol. It has now become a ritual to have one’s cholesterol level checked on a regular basis. Thanks to a perfect storm of bad science, compromised researchers and relentless advertising, your cholesterol level has now become the ‘perfect’ surrogate marker of your future heart health.

Your cholesterol level is widely considered a barometer for your heart health.

Your liver is central to the regulation of cholesterol levels in your body. The higher your dietary cholesterol, the less cholesterol your liver produces.

We know that cholesterol is an utterly essential nutrient. We also know that the amount of cholesterol we have in our blood depends on how much is needed, not how much we consume. This explains why raised cholesterol levels are common in periods of prolonged stress, in response to a long-standing infection, if you are injured, pregnant or recovering from an operation.

Dietary cholesterol has recently been declared safe. It is no longer a nutrient of concern. However, we cannot easily get over our fear of fat because we’ve avoided it for so many decades. We find ourselves in a position where the presence or absence of evidence, to a large extent, makes no difference to a deeply ingrained way of thinking.

In mainstream nutrition, the cholesterol-heart disease belief remains steadfast. Your cholesterol level is widely considered a barometer for your heart health.

It is never wise to be completely convinced of anything told by another without question, reservation or reason.

So, before we continue to apply or promulgate a blanket ban on dietary cholesterol, let’s observe what’s happening in specific countries.

Researchers have observed that animal fat (mainly saturated fat) does indeed raise cholesterol levels. However, they also discovered that those who ate animal fat had a low risk of heart disease. In an attempt to understand this observation, I wish to raise three points.

Third. The relationship between death and blood cholesterol has now been investigated repeatedly in many different countries. The totality of the best available evidence confirms that the higher the LDL (‘bad’) Cholesterol, the lower the risk of dying. Most of these studies reached statistical significance, meaning that this finding was very unlikely to be due to chance.

How does one square these observations with the cholesterol-lowering fever that has become an international obsession and a trillion-dollar industry?

We must remember that we’re in the business of improving health outcomes and not surrogate endpoints. There is no logic in lowering cholesterol simply to achieve a low cholesterol level. Cholesterol-lowering cannot and should not be an end in itself. The objective must be to reduce poor health outcomes, such a disability or death from heart disease.

This article was published in print and online in The Star Kenya on 20th January 2020.