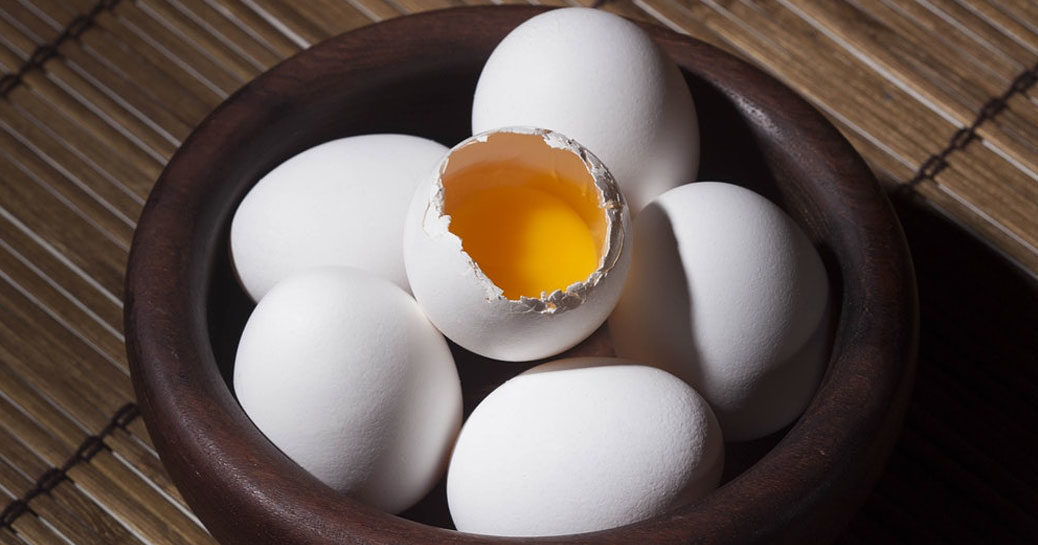 If you have been avoiding eggs because they contain “too much” cholesterol – which you believe could lead to a heart attack –  I have some great news. Eggs are back on the menu. What’s more, national dietary guidelines in the UK and the US no longer include a limit for dietary cholesterol. Eggs are a low-cost nutrition powerhouse, packed with healthy fats, good quality protein, and essential micronutrients.

So how did eggs, one of the most nutritious, natural foods in the world become so vilified?

Eggs | How the Drama Unfolded

We have known for over 40 years that cholesterol is not a nutrient of concern.

Having failed to find a connection between cholesterol in food and cholesterol in the blood, he turned his attention to saturated fat. He hypothesised that dietary saturated fat raised cholesterol levels, which leads to heart disease. This was his ‘diet-heart-cholesterol hypothesis’ and led to his Seven Countries Study – the most comprehensive population study at the time. It started in the late 50s and helped sculpt our common beliefs about fat.

Keys gained infamy for cherry-picking –  allegedly choosing countries to make his case look stronger. Although his work was plagued with scandal, the greater tragedy, it seems, was that he did not attempt to explore reasons why fat might be linked to heart disease, in a non-causal way. To do this, he would have to look at the relationship between heart disease and other elements of a diet, to prove that fat really was the strongest link.

In science, when observations do not fit your hypothesis, it is the hypothesis that needs to change. Not the facts.

Nonetheless, his studies led to the dietary guidelines that shaped the diets of hundreds of millions of people. Dietary guidelines were introduced in the US in 1977 and in the UK in 1983. Governments abruptly placed eggs, butter, whole milk, and other cholesterol-containing food on the restricted list. We were told to eat less fat, more carbohydrates, and fewer calories. To compensate for the lack of taste, sugar replaced fat and an entire low-fat, ‘Big Food’, industry was born.

Ancel Keys later admitted, in 1997…..“Cholesterol in food has no impact on cholesterol in the blood and we’ve known that all along.”  This begs the question – who was responsible for suppressing this information?

This ‘global experiment’ has failed miserably. Dr. Assem Malhotra, a British Cardiologist and founding member of the Public Health Collaboration, said that dietary guidelines promoting low-fat foods were “perhaps the biggest mistake in modern medical history, resulting in devastating consequences for public health”. As soon as fat was replaced by sugar and high fructose corn syrup (to improve taste and increase shelf-life), obesity levels started to rise, and now they are higher than they have ever been. This has led to the epidemic of diabetes and obesity (diabesity).

The Obesity Epidemic in the USA started at almost the exact same time as the low-fat dietary guidelines were published in 1977.

Coincidence? I think not.

It had taken forty years to lift restrictions on eggs. The NHS Choices website states “there is no recommended limit on how many eggs people should eat”. However, it goes on to say that “having high cholesterol levels in our blood increases our risk of heart disease”. In particular, saturated fat remains the main villain. The most natural and nutritious foods available – meat, fish, eggs, dairy products, nuts, seeds, olives, avocados, all contain saturated fat. The demonization of natural fat is wrong and drives people away from consuming these wholesome, highly nutritious foods.

Two-thirds of people admitted to hospital with a heart attack have completely normal cholesterol levels.

Atherosclerosis – “furring of the arteries” is a cardiovascular disease in which lipids and inflammatory cells accumulate in plaques within the walls of blood vessels – in an attempt to repair an injury to the blood vessel wall. As a result, vessel walls are narrowed and clots may form, impeding blood flow and oxygen delivery and causing tissue injury. Heart disease occurs because the coronary arteries supplying the heart are a major site where these plaques form.

Dr. Aseem Malhotra, an interventional cardiologist in the U.K., gained quite a bit of publicity after the publication of his peer-reviewed editorial in the British Medical Journal (BMJ) in 2013. Dr. Malhotra reported that two-thirds of people admitted to hospitals with acute myocardial infarction (a heart attack) have completely normal cholesterol levels. There is no good evidence that high blood cholesterol cause atherosclerosis or a shorter life. In fact, in the elderly (i.e. those who have the most heart attacks), the lower your cholesterol, the greater your risk of death. 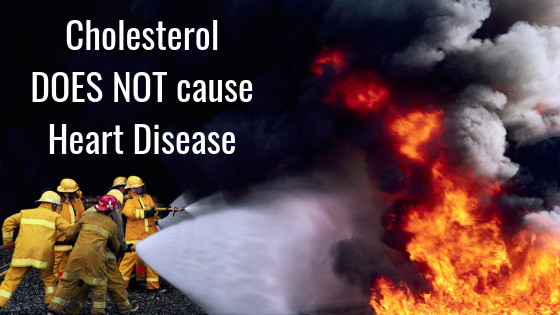 Zoe Harcombe, an obesity researcher and author of The Obesity Epidemic, studied WHO data for almost 200 countries. Her research, in 2010, investigated the relationship between cholesterol and death from all causes. Look at the lines going down to the right. She discovered that cholesterol levels and deaths from cardiovascular disease or from any cause were inversely related for men and women. This means that the higher the cholesterol level, the lower the death rates and vice versa. Such a significant association should prompt a proper high-quality study, to prove causation, but this has never been done.

Inflammation and oxidative stress appear to be the real causes of heart disease. I have written a four-part series on the obsession with cholesterol and it’s role in heart disease, that you might find interesting. Here is part 1.

Continue reading the second part of this cholesterol series, to discover just how important cholesterol is for your body and why you should eat eggs every day.