Is Honey better than Sugar? The Sticky Truth 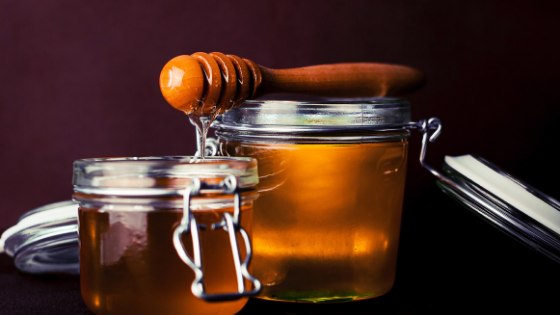 Many of us feel less guilty spreading pancakes and waffles with honey, rather than sugar or jam. We believe that it is a safer, healthier alternative. Is this just another myth? Is honey superior to table sugar as a sweet alternative?

Honey – Nectar of the gods

For centuries, honey has been extolled as a ‘nectar of the gods’ –  a natural healer of all manner of afflictions and more recently, with the popularity of Manuka Honey, marketed as a ‘superfood’. We have been told that honey is packed with a multitude of beneficial compounds and we spare no thought in spending upwards of £60, for a small glass full of the best of the best.

When it comes to honey, it is important to make the distinction between its utility as a healing/health supplement and its effects on the body from a metabolic perspective.

Honey has been used as a traditional medicine for thousands of years and many can testify to its benefit in treating sore throats, hay fever, acne, digestive problems, and many more disorders.

Honey has been used in clinical practice as an alternative to antiseptics and gauze to heal wounds. This is based on its antibacterial properties which have been recognised for centuries. There is high-quality evidence that honey heals partial thickness burns more quickly than conventional dressings. For other wounds, the evidence remains inconclusive or anecdotal.

The antibacterial properties of honey have been recognised for centuries.

Honey’s therapeutic value has been said to be wide-ranging, from the treatment of eye diseases to anti-cancer effects, mainly due to its anti-inflammatory and antioxidant properties. However, due to a lack of good quality evidence of its superiority over conventional treatments, the use of medicinal honey has not been widely adopted.

There are hundreds of different types of honey available, each with its own unique flavour, colour, texture, and aroma, depending on the blossoms the bees feed on. This also impacts the quality of the honey, in terms of its supposed health benefits. 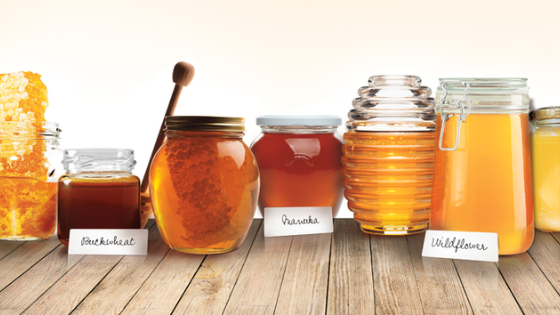 Honey is mainly composed of sugar, in fact, 75% of honey is composed of a mixture of glucose and fructose. The remainder is water and a wide variety of organic acids – which contribute to its colour, flavour, antibacterial and antioxidant effects. The water makes it sticky, unlike table sugar, which is devoid of water.

Table sugar contains none of these compounds and is 100% pure sucrose.

Nutrition databases list a variety of vitamins and minerals found in honey. In truth, the concentrations of these micro-nutrients are minimal from a practical point of view. Although this varies with the quality of the honey, a teaspoonful provides almost no micronutrient benefit.

Honey can contain bacterial spores that can precipitate infection in babies because their immune system is underdeveloped. These bacteria are not safe for adults either, but we are able to neutralise them.

When it comes to ‘natural’ sweeteners, their micronutrient and antibacterial properties often overshadow the real issue – the high sugar content and the consequent metabolic effects. Manuka, Agave and Maple Syrup do have traces of micronutrients. But if you consume a single serving, the traces of vitamins and minerals disappear to register zero contributions of virtually every micronutrient.

GI is a ranking of how quickly a carbohydrate-based food and drink makes blood glucose levels rise. Glucose has a GI of 100 and is used as the reference. The GI of a food will vary depending on the rate of digestion. The faster the digestion of a food, the higher the GI value. A banana will increase blood glucose more than an apple that has the same amount of carbohydrate. That said, the greener the banana, the lower the GI. Consumption of high GI foods results in a rapid rise of blood glucose and consequently a large insulin response. Insulin is the major fat storing hormone and excess carbohydrates will be converted to and stored as fat, by insulin.

Unlike glucose, fructose has a low GI level (about 30), so one would assume that it is a better sugar. Most commercial honeys contain more fructose than glucose and therefore have a lower GI. I discuss the implications of excessive fructose in this article.

Consumption of high GI foods results in a rapid rise of blood glucose and consequently a large insulin response.

The glucose in honey will raise blood glucose levels and stimulate insulin release from the pancreas. Some will be stored in the liver and muscle, and the excess converted to triglycerides (a type of fat) and stored as fat, within and around organs and muscle. Fructose has little impact on blood glucose levels. It is transported directly to the liver – the only organ that can metabolise it – which converts any excess fructose into fat. Unchecked, this progresses over time, resulting in insulin resistance and inflammation in the liver.

Honey has historically been believed to be more superior to table sugar. However, from a metabolic point of view, honey is still sugar. The body will not treat it any differently and if consumed to excess, it could result in metabolic disease. When consumed in small quantities, the micronutrient composition is virtually negligible – any may not be worth its consumption for this reason.

Substituting sugar for honey is not metabolically beneficial.

If you are struggling with your weight or you are diabetic, you should be significantly cutting down on all sugars, including honey – raw or pasteurised. The hallmark of type 2 diabetes is insulin resistance and it is abundantly clear that glucose-fructose combinations are major contributors. For everyone else, be mindful of the quantity of sugar in honey and consume it sensibly.

Consuming excess sugar – -from any source – is harmful. However, it is ubiquitous in processed foods and can be very difficult to avoid. A common trick manufacturers use is to add sugar from multiple sources. This keeps sugar further down the ingredients list. This list should help you identify sugars so that you can be aware of and make an informed decision on what you are eating. Here is a free e-book on Sugar. 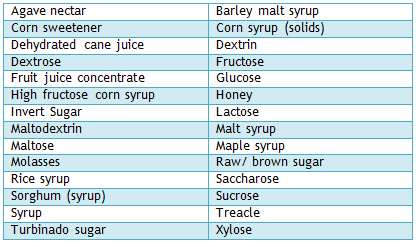